Our vision of leading CSR change

CSR human dynamics are specific, because CSR is a transformational and transversal project. The greatest challenge of CSR / sustainability / Business ethics leaders is to have their issues thrive. They need at the very start to federate people transversally in many departments of their organization, as well as externally. Consequently, the question of group dynamics is essential. CSR leaders must count with 2 types of teams:

The central dynamic to building of an efficient network is motivation. To embark stakeholders (internal or external) in his CSR program, the CSR leader’s role is to grow motivation, according to a mechanism that has been well described by researchers who have defined an integrative model of leadership – a meta-model of leadership theories (Eberly et. Al, 2013). 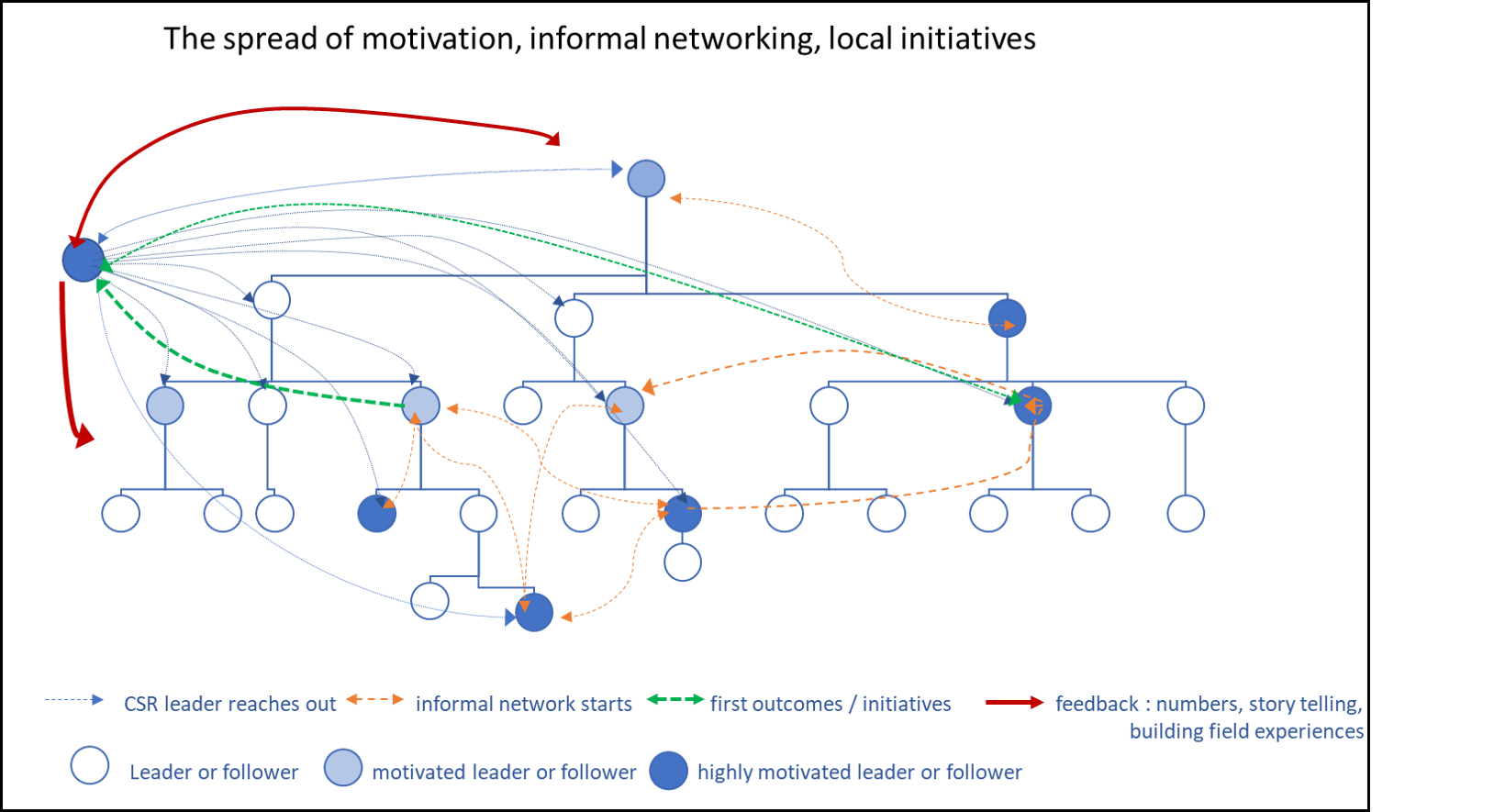 Whilst doing so, he encounters resistance from multiple places and people. When the CSR network starts working well, it “crosses” the vertical hierarchy. The vertical hierarchy asks for profit. The more transversal CSR informal hierarchy asks for benefits for society. This can create contradictions, especially as the CSR network often operates, at least in early stages, on extra energy, extra time devoted to the company with no compensation in return. These resistances take multiple forms, reveal tensions between business as usual methods and new methods driven by CSR. They reveal anxiety. Behind this anxiety lies the notion of risk.

1/ risks of fragilizing financial results, which is very scary and not admitted,

Resistances are defense mechanisms, and part of these mechanisms are unconscious (see our article on resistances). In some cases, resistances are not only the expression of individuals, but reveal cultural gaps between “espoused values” and “values in practice” (Heifetz et al., 2009). This is when Cultural change needs to be addressed.

So, what can be done, and how can we help you?

There are several axis around which our interventions unravel, always taking in consideration your own situation, where you and your organizations stands and where you want to go : 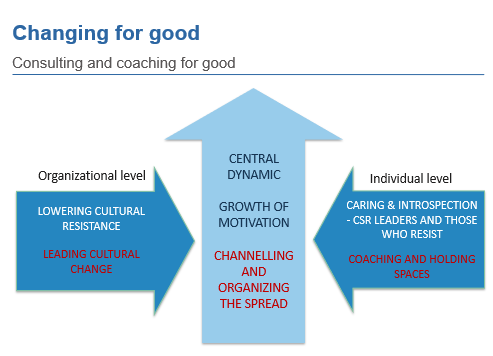